Podcast / On The Threshold 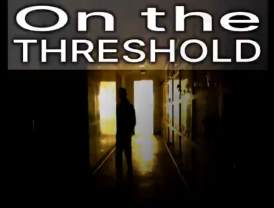 On the Threshold is a Cosmic Horror anthology podcast about a podcaster/self-described "semi-professional investigator" inching his way into danger as he delves into the mind-rending horror of an incomprehensible universe, one audio log at a time.
Advertisement:

On the Threshold contains examples of: