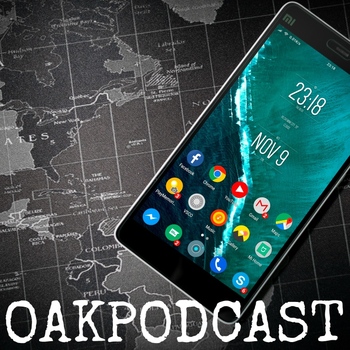 An audio drama about spies, bioweapons, and cheeseburger-loving cats.
OAKPODCAST is an audio drama written and produced by Regan Adler. When technology specialist and U.S. Marine Mara “Holly” Ellison wakes up in suburban Alabama with no papers or memory of getting there, she starts sending distress calls to her team. And when they can’t help her, she starts digging into the mystery herself. As she tries to figure out what’s happening to her partner, Oak, she uncovers more than she ever wanted to know about a bioweapon her team was exposed to.
Advertisement:

Episodes tend to be short and primarily feature Regan Adler as Holly. The serial is currently finishing its first season. Links to the wiki, calendar, and listening platforms can be found on the official website