Escaped from the Lab 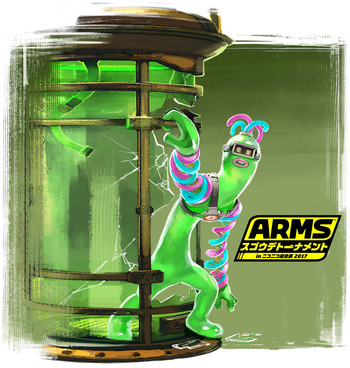 "Screw this, I've been here long enough."
A character who has the escape from a laboratory as an important part of their story or backstory. He or she might have been conceived there, raised there, or spent a significant part of their life there. The character might have served in the lab as an interesting specimen, an object of study, a subject of experimentation, or the ultimate goal of the lab.
Advertisement:

Depending on how the lab functions and its purpose, a character with this kind of background is likely to be a Fish out of Water in normal society, and have trouble connecting or relating to other people, or seriously warped morals, especially if they were raised in the lab since childhood. When they don't, it's often explained because there was a single nurturing caregiver in the lab.

Despite all of the above, environments that aren't labs can count as long as they do what labs do to these people: conditioning them mentally and physically into someone substantially different from society.

A common backstory for a Phlebotinum Rebel, Human Weapon, and Tyke Bomb. If a group of characters escape together, they may form a Secret Project Refugee Family. See also Playing with Syringes and Mad Scientist Laboratory. Compare Escape from the Crazy Place.