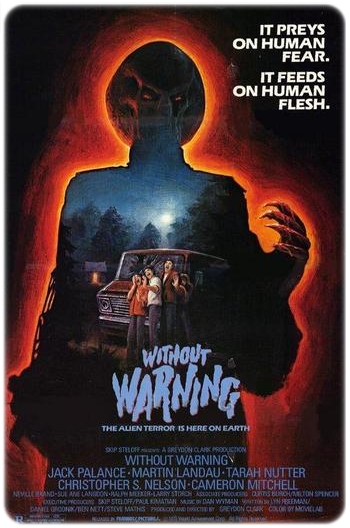 Earth is the hunting ground. Man is the endangered species.
Advertisement:

Without Warning (also known as The Warning, Alien Warning and It Came Without Warning) is a 1980 Sci-Fi Horror film directed by Greydon Clark, starring Jack Palance, David Caruso, and Martin Landau.

A group of youths have the misfortune of going camping on the prowling grounds of weird creatures that resemble hairy frisbees with teeth and tentacles, which are thrown around by a hunter from outer space.