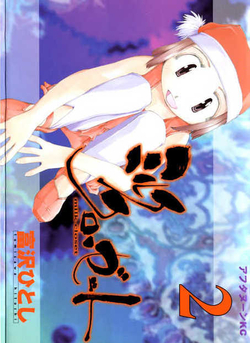 Milk Closet is a four volume manga by Hitomi Tomizawa, also known as the guy who made Alien Nine.

In 2005, children begin disappearing for no apparent reason, but the reason seems to be that they are going to alternate universes. When the children come back, they have tails — tails that can talk and make sounds. The story quickly revolves around the M.I.L.K ("Macrocosmic Invincible Legion of Kids") Squad trying to save the children who slip into the universes. In the 8th chapter or so, the universe locks up, leaving only 599 universes left.

The alternate universes tend to be really... Weird, to say the least, and while the art is really, really cute (this is the guy who made Alien Nine, after all), it's violent. Things start getting really confusing in the 3rd chapter or so, maybe even earlier.