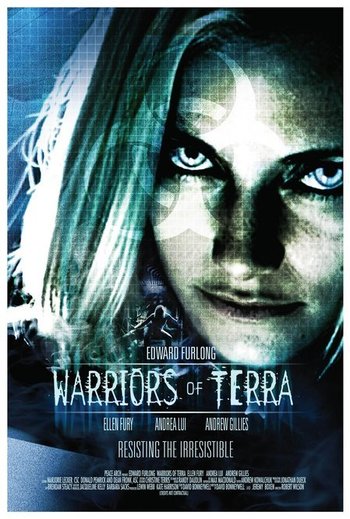 Warriors of Terra is a 2006 Canadian horror film in which a headstrong group of animal rights activists breaks into an animal research facility to stop the cruelty. Armed soldiers are alerted to their presence and rush in to apprehend them, forcing them to hide in the massive underground facility that the office building up top was a front for. Once inside, they find the true nature of the experiments, and must find a way to kill the evil mutant woman thing and escape with their lives.