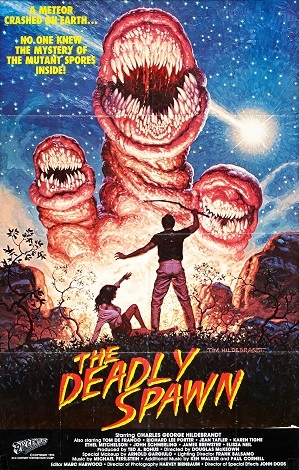 They're here and they're hungry.
Advertisement:

A low-budget horror film from 1983, and part of the post-Body Snatchers remake wave of sci-fi horror. It's a lot of fun.

Eyeless hungry man-eating aliens with lots of teeth find their way on our little Earth, and start munching locals. A bunch of old ladies, four college kids, and a boy obsessed with horror movies must now find a way to save themselves.