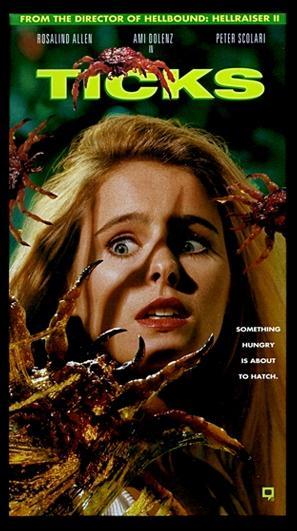 Ticks (also known as Infested) is a horror movie from 1993.

A bunch of troubled cityslicker teens are taken to the woods to learn teamwork and overcome their differences. Unfortunately to them, trouble is on its way in the guise of dangerous marihuana farmers and mutated overgrown ticks.

This film is infested with: