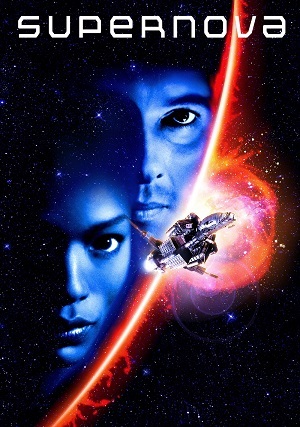 The story begins with the medical ship Nightingale 229 and its crew-Captain Marley (Forster), ship's doctor Kaela Evers (Bassett), Medics Yerzy Penalosa (Phillips) and Danika Lund (Tunney), and computer expert Benj Stomejar (Cruz). Into this mix comes new co-pilot Nick Vanzant (Spader), a recovering "Hazen" addict. There is tension between Nick and Kaela as she has a dislike of Nick as her abusive ex-lover, Karl Larson, was also a Hazen addict.

The ship receives a distress call from an abandoned mining station, and the message is from Kaela's ex, Larson. The crew makes an emergency jump that leaves their captain dead, and the ship too close to the gravitational pull of a blue giant star. When the crew retrieves a pod from the mine, it contains not Karl but his son, Troy Larson (Facinelli). Scanning the ship, they find an alien artifact that Troy claims to have found buried in the mine.

Whether or not the film squanders its promising beginning to become a generic slasher film in space is debatable. (And whether or not that's a bad thing.) Director Walter Hill had his name removed from the finished film (using the post-Alan Smithee name "Thomas Lee" instead.)

Not to be confused with the British sitcom, or the 2005 speculative apocalypse miniseries of the same name.