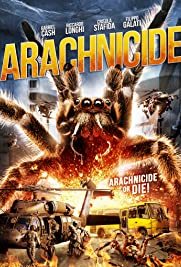 L9 Commando is an elite military task force sent to Albania to bust up a drug ring that's cornered the market with genetically-modified plants that maximize growth. They've gotten a lead on a greenhouse, and head out to destroy it. However, the cartel has gotten sick of their meddling and has set a trap. The soldiers now have to survive a sealed bunker with giant spiders stalking their every move.