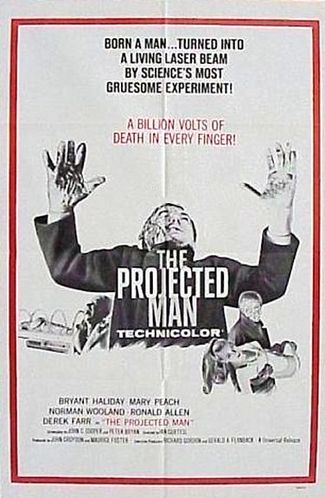 A scientist experimenting with matter transmission from place to place by means of a laser beam suddenly decides to use himself as a test specimen. But the process goes awry, and one side of his body becomes hideously deformed and instantly lethal to anyone it touches.

Has nothing to do with the Trope.

It was featured on this episode of Mystery Science Theater 3000.