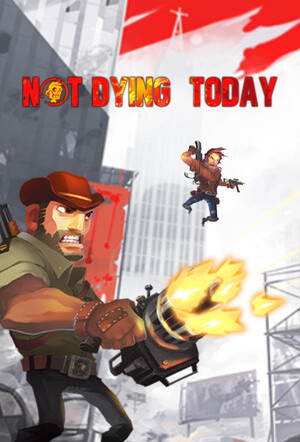 Because you can't kick ass when you're dead.

The world is no longer what it used to be. Men died, corps rises, most living men have lost their faith. Except him...

Not Dying Today is a zombie-themed Beat 'em Up action game made by Forever Entertainment, and a massive homage to zombie-themed video games throughout the ages.

The game allows co-op for up to 4 players, where Captain Aiden can recruit up to three partners to assist him to clear the country of undead.

Not Dying Today contain examples of: