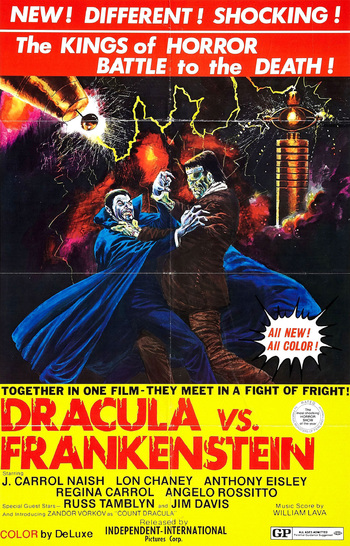 Judith Fontaine (Carrol) is looking for her sister Joanie, who has disappeared into the hippie community of Venice, California. It turns out Joanie has become the victim of Groton (Chaney), an axe-wielding homicidal maniac working for Dr. Durray (Naish), who is really the last descendant of Dr. Frankenstein and is now running a house of horrors in an amusement park by the beach and performing experiments on Gorton's victims. One night Count Dracula (Vorkov) visits the doctor, showing him the original Frankenstein creation buried in a nearby graveyard. The doctor revives it and uses it to take revenge on his professional rivals.