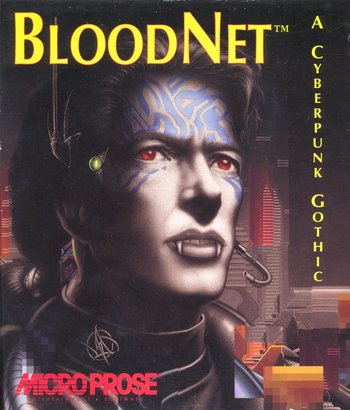 Long-term netrunners gradually lose the ability to take the virtual out of virtual reality. You are one such runner, Ransom Stark, implanted with an A.I. chip that helps you keep reality real. It also, rather fortuitously, helps resist other mental influences, such as being bitten by a vampire. But only for a while...

You must gather a party and find a way to free yourself of the curse before the chip is overwhelmed.