Video Game / Close to the Sun 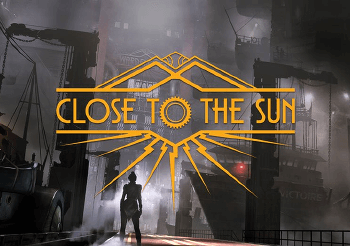 Close to the Sun is a Survival Horror-themed Environmental Narrative Game created by the Rome-based developer Storm In A Teacup, released for PC on May 2nd, 2019, through the Epic Games Store. Versions for PlayStation 4, and Xbox One have been announced as well. The Epic Games Store exclusivity ended in May 2020 and the game was released on Steam and GOG.com at that time.

The game takes place in 1897, in an alternate timeline where the famed historical figure Nikola Tesla was successful in his own time and built a massive cruise liner, the Helios, as a demonstration stage. You're Rose Archer, a young journalist looking for your sister Ada, but as you approach this enormous and glorious complex for the first time, you quickly realize that something there has Gone Horribly Wrong...