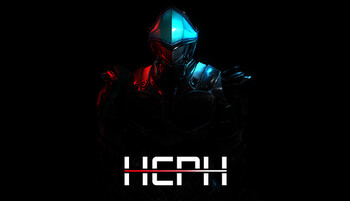 When the situation come to the point that many call it the end. We're the one who need to make that it is not.
— HEPH Officer, Cpt. Enig Crane
Advertisement:

HEPH is an Action Survival Horror game by Creature Of The Rise Co. Ltd.

Something has occurred aboard a massive spaceship. One man goes to check on the crew, and soon ends up making a very grisly discovery. For some reason, the ship is now infested with all manner of horrifying monstrosities that will not hesitate to rip him to shreds any chance they get. Now the man needs to survive the horrors, find out what happened, and if needed, see to it that the ship can reach its destination safely.