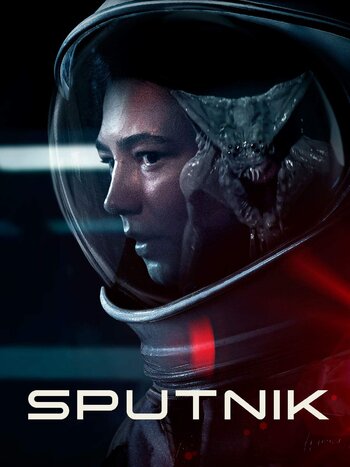 Sputnik (Russian: "Спутник'") is a 2020 Russian science-fiction horror film directed by Egor Abramenko, set in the Soviet Union at the height of the Cold War.

In 1983 the space capsule Orbit-4 lands with one cosmonaut dead from horrific head injuries and the other, Konstantin Veshnyakov, unable to remember what happened. Dr. Tatyana Klimova (Oksana Akinshina) is brought in to examine Konstantin, only to discover he is the unwilling host of an alien creature that has returned with him to Earth inside his body.