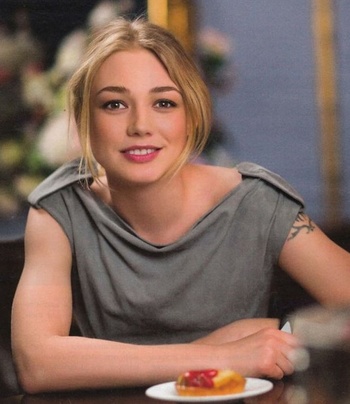 She's best known as the star of Lilya 4-ever.