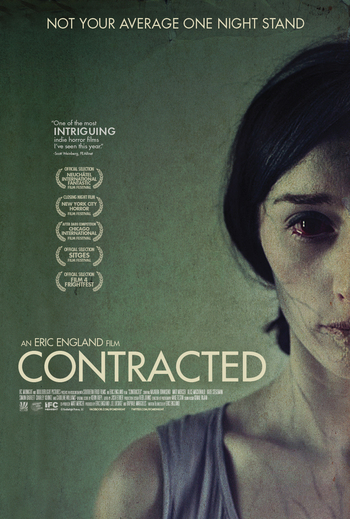 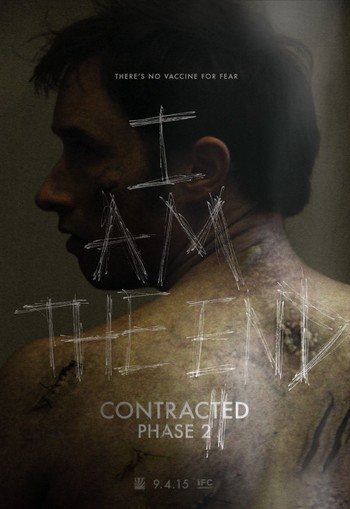 The Contracted duology are a pair of sequels based around a sexually-transmitted zombie virus.

Contracted, released in 2013, is the story of Samantha, a shy young woman whose drink was spiked at a party by a stranger named BJ, and she contracts the disease that slowly rots her away over the course of three days, both physically and mentally.

Contracted: Phase II, released in 2015, picks up where the last movie left off, only this time, focusing around Riley, as he attempts to seek out BJ and find a cure.

Tropes common to both movies: