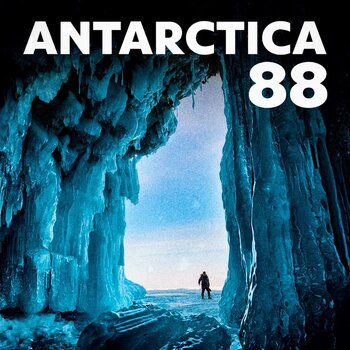 Antarctica 88 is a First-Person Russian Survival Horror Game by Euphoria Games. Developed for mobile platforms, it was also released on the PC via Steam and ported to consoles one year later.

On October 18th, 1988, at the geological research station "Antarctica 1", something has happened. For the past six months, a research team lead by Vladimir Efimov has been drilling into the ice there, and researching and exploring the prehistoric minerals that they've been finding.

Six weeks prior, however, communication with Antarctica has gone completely silent. The son of Vladimir Efimov has been sent there as part of a four-man rescue team to find out what's happened. However, nothing could prepare him for what he'd find.