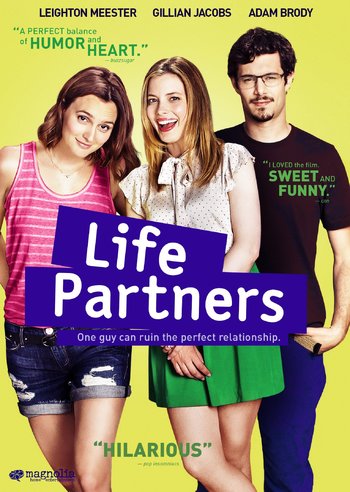 Left to right: Sasha, Paige and Tim
Life Partners is a 2014 drama/comedy film following the friendship of two women, one who is straight and one who is a lesbian, as their relationship changes after one of them enters a serious relationship.
Advertisement: