Film / Return of the Fly 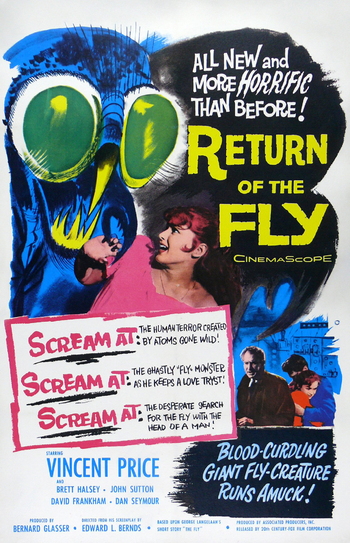 The first sequel to the 1958 Sci-Fi Horror movie The Fly, written and directed by Edward Bernds and released in 1959.

Years have passed since the accident that transformed André Delambre into the fly creature. His now-grown son Philippe (Brett Halsey) learns the truth behind his father's death, and — against the urging of his uncle François (Vincent Price) — decides to continue his father's work by perfecting the teleporting device he'd worked on. However, Philippe's treacherous partner (David Frankham) seeks to steal his work, and causes another fateful teleporter accident that swaps heads with a man and a fly.