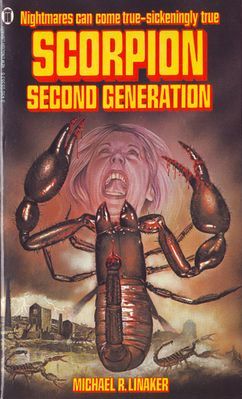 A sequel to Michael R. Linaker's Scorpion. The killer scorpions are back, but this time they're giant! Aside from the size of the arachnids, it's mostly regarded as a retread of Linaker's earlier novel. Infused with radiation and grown to giant size, the new generation of killer scorpions rampage their way across England as only giant mutated arachnids can.