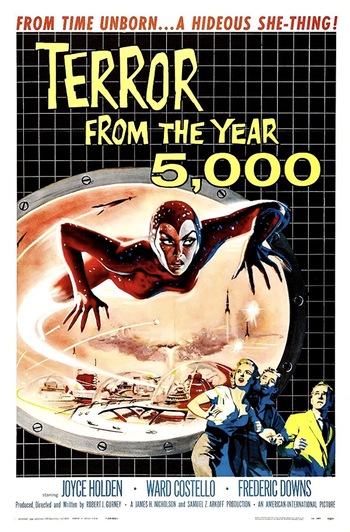 Terror from the Year 5000 is a 1958 Sci-Fi Horror film directed by Robert J. Gurney Jr., involving Time Travel with a twist.

The statue turns out to be radioactive, encouraging Hedges to fly down to Florida and check out what's going on. Erling and Hedges agree that they need to find more information, but Victor is too impatient and decides to gun the machine up to 11. He succeeds in bringing something living back and a bunch of mayhem is caused before all is made well.