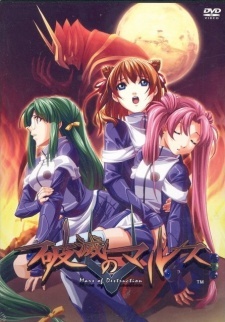 Mars Of Destruction is an anime OVA made by Idea Factory, animated by WaoWorld, and directed by the Ed Wood of anime, Yoshiteru Satou. The anime is an adaptation of the game with the same title, and it's also regarded by many as one of, if not the worst anime of all time. No, really, it is, look

The plot goes something like this: some time after a space mission to Mars ends in destruction, strange monsters called "Ancients" begin appearing around Tokyo. A group of specialists consisting of three girls and one troubled young boy must fight the Ancients until they can come to understand exactly what it is they are fighting.

Unrelated to Sands of Destruction.