Film / The Creature Walks Among Us 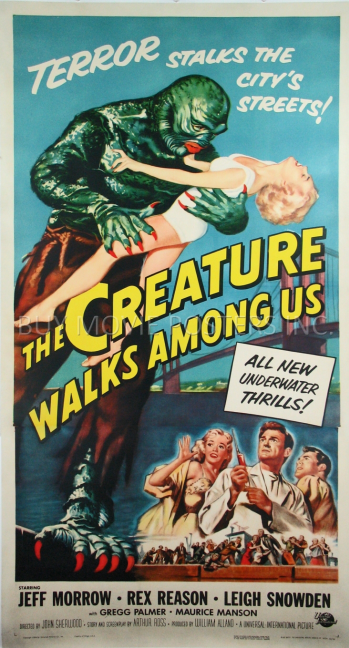 The Creature Walks Among Us is a Universal Horror film from 1956 and the last sequel to the Creature from the Black Lagoon.

Following the events of Revenge of the Creature, bunch of people lead by mentally unstable Dr. Barton set out to capture Gill Man in the Florida Everglades. However, Gill Man is badly burnt during its capture and it is given reconstructive surgery that enables it breathe on land. It is then taken to Dr. Barton's place where it escapes and causes havoc.

The film would later be added to the repertoire of Mystery Science Theater 3000 alumni Trace Beaulieu and Frank Conniff in their "The Mads are Back" live movie-riffing shows.