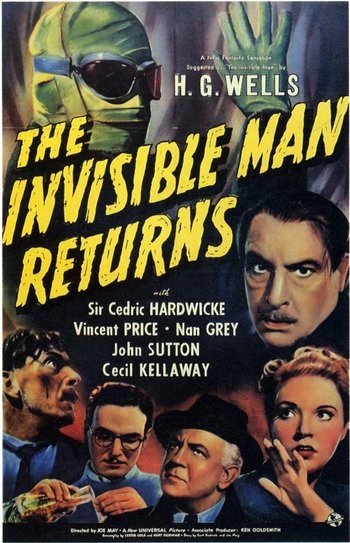 Geoffrey Radcliffe (Vincent Price, in his first horror film role) is sentenced to death for killing his brother. Innocent to the crime, he escapes on the day of his supposed execution by injecting himself with the invisibility formula provided by Dr. Frank Griffin, the brother of the original invisible man. Now Geoffrey must find the real culprit while battling the insanity-causing side-effects of his condition.