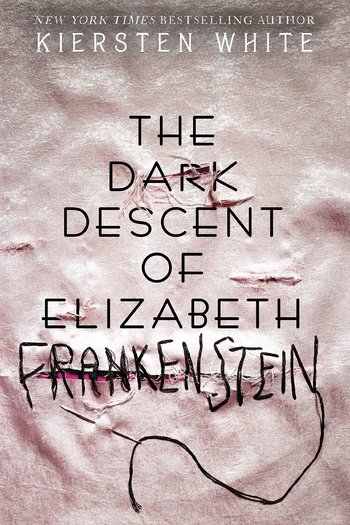 "I sought to puncture Heaven and instead discovered Hell."
Advertisement:

The Dark Descent of Elizabeth Frankenstein is a young adult novel written by Kiersten White. It is a retelling of Mary Shelley's Frankenstein, told in the point of view of Elizabeth Lavenza, who is much more manipulative and calculating than she was in the original novel.

Elizabeth Lavenza was a mistreated orphan, until one day she is brought to the Frankenstein family, where she meets Victor, a solitary, strange young boy who has no friends. Using her charms, they quickly become inseparable, especially as she is the only one to be able to handle his moods and temper. But once they get older, Victor leaves for school and seemingly vanishes. With her place in the home at risk, Elizabeth takes her friend Justine and begins to search for him. But during her search she begins to uncover secrets, and once she finds him, the darkness of her life only increases. Not only does she find out about her experiments, but murders begin to happen with alarming speed because of them. She also discovers how far Victor is willing to go for them...and that obsession and insanity may very well consume them both.