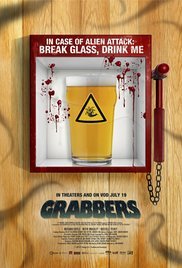 A small Irish town has run into a problem. You see, they're Ground Zero for an Alien Invasion. The aliens here are aquatic creatures with many tentacles that love to drink blood. However, they have one weakness: Alcohol! Luckily, this town may not have many things, but it has a well-stocked pub! As an unusually high tide comes in, the residents of the town begin the pub crawl of their lives...