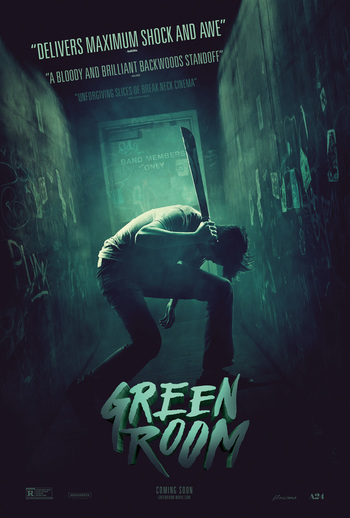 "Now. Whatever you saw or did... is no longer my concern. But let's be clear... it won't end well".
Advertisement:

Punk band the Ain't Rights are on tour, and it isn't going terribly well. When they're offered the chance to play a show at a venue near Portland, Oregon, they jump at the chance to make enough money to get them back home. But after discovering that the club is owned by neo-Nazi Skinheads, they witness a murder, and the band is forced to fight for their lives.