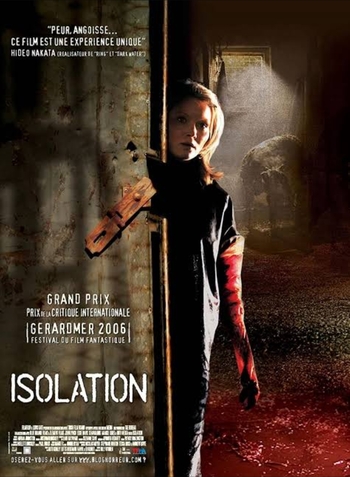 Isolation is a 2005 Irish horror film directed and written by Billy O'Brien and produced by Film Four and Lions Gate Film Studios. The film was released direct to DVD on 26 June 2007.

The story revolves around a failing dairy farm run by farmer Dan Reilly, who has allowed a government firm to conduct genetic experiments on his cattle. Meanwhile, Jaime and Mary, a pair of young runaways, end up hiding away on his farm, and Dan insists they leave by morning.

That night, however, one of Dan's cows gives birth, with Jaime's aid, to a calf. A calf with fangs. And upon terminating and dissecting the malformed newborn, it's soon discovered the calf itself was pregnant with even more mutated chest bursters...