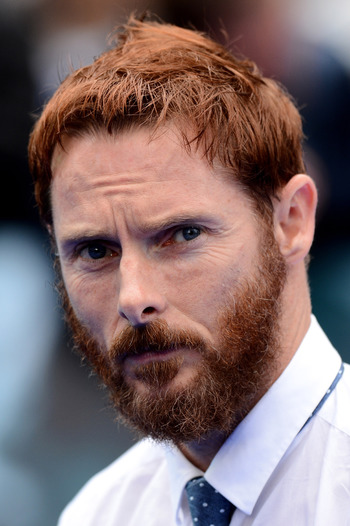 "Everyone says I’m intense or I’m mad or I play bad guys, I don’t see any of that. I think [my characters] are all very real people. They’re also people I’ve somehow bumped into. I always try to come up with some sort of truth."
Advertisement:

Sean Harris is a British actor born on the 8th of February 1966 in Suffolk, England, who is known for his role as the anarchist Solomon Lane in the Mission: Impossible Film Series, or generally just playing absolute nutcases. This is very different from how he is in real life, however, known for being extremely shy and rarely if ever accepting interviews, and rarely appears in franchise films.

During the creation of Mission: Impossible – Rogue Nation, Harris stated that he would take the role as Lane, as long as he died in the film, not a big fan of appearing in franchise-films. Ironically, his character is so far the only villain in the film series to not be killed by the protagonists, and would even return for the sequel.

Harris has appeared in multiple British mini-series which have for the most part gotten critical acclaim, such as his role as corrupt detective Bob Craven in the Red Riding trilogy.