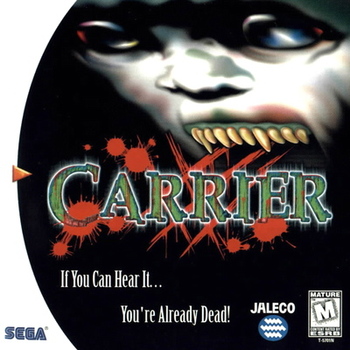 Carrier is a Survival Horror video game developed and published by Jaleco for the Sega Dreamcast. Notable in part for being fully 3D - then (2000) still a rarity for survival horror games, which mostly displayed 3D characters over pre-rendered backgrounds.

In Carrier, players assume the separate roles of an investigation team that was split up from a surprise attack.

A canceled sequel for the PlayStation 2 titled Carrier: The Next Mutation was once planned for release.