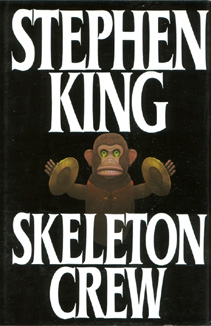 Skeleton Crew is Stephen King's second collection of short fiction, published in 1985. It contains 22 works, which include 19 short stories, a novella (The Mist) and two poems ("For Owen" and "Paranoid: A Chant"). In addition, it features an introduction by the author, in which King describes the benefits that writing short fiction has given him, and a section of notes at the end, in which King describes how some of the stories came to be.

Most of the works in Skeleton Crew were previously published in horror anthologies and magazines, and represent a body of work spanning seventeen years.

by aspiring filmmakers. Half-Life and Silent Hill both took their inspiration from The Mist.