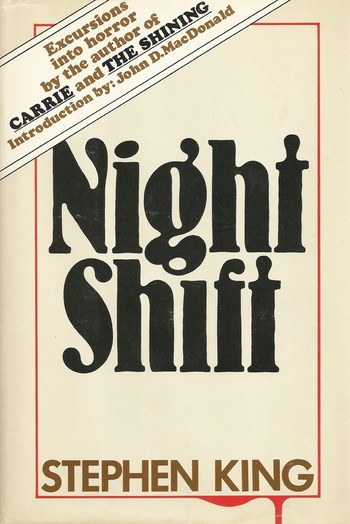 "Let's talk, you and I. Let's talk about fear."
— Stephen King, in the foreword
Advertisement:

Night Shift is Stephen King's first collection of short stories, published in 1978. It contains several "excursions into horror" that had first appeared in magazines, along with some previously unpublished ones.

Not to be confused with the 1982 comedy film directed by Ron Howard and starring Michael Keaton, or with the 1990 LucasArts videogame.

Tropes in the short stories: