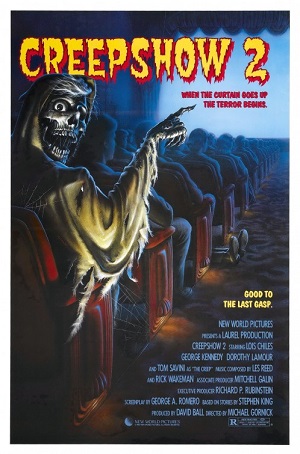 The sequel to the classic 1982 horror anthology Creepshow is a bit of a mixed bag. A smaller budget lowered the number of stories from five to three, and they also couldn't afford to do as many of the "comic book effects" as they had on the first movie.

The aforementioned three stories are: