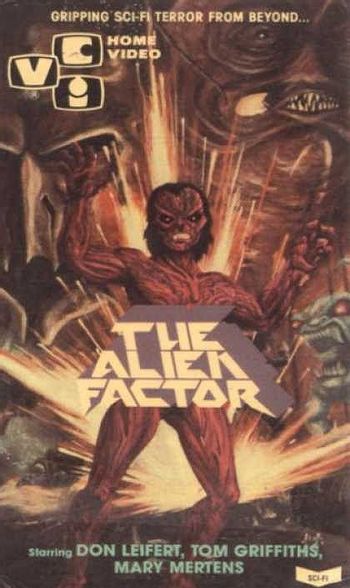 The Alien Factor is a 1978 Sci-Fi/Horror B movie directed by Don Dohler that takes place in rural Maryland where several townspeople are killed off in manners that match nothing the local wild animal population could possibly inflict. After several of these killings, a local astronomer named Benjamin Zachary from a nearby observatory investigates what he believed to be a meteor crash that turns out to be the remains of an alien space ship.

The film achieved a mild Cult Classic status after its release and got a minor boost among that crowd after being featured as one of Cinematic Titanic's live performance films.

The Alien Factor provides examples of the following: