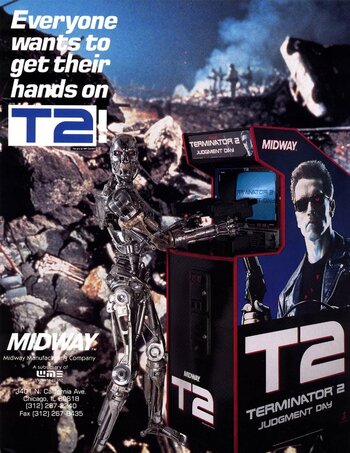 Like in the film, players assume the role of the T-800, re-programmed after it's capture by the resistance and sent to the past by the human's resistance leader, John Connor, to protect his younger self from the T-1000, an advanced Terminator prototype made of liquid metal and impervious to all damage.

Seven stages are available, spanning from the futuristic warzones of 2029 to present-day (1995) Los Angeles. Oddly enough, a two-player mode is available - the resistance probably sent a backup T-800 alongside the original.

Not to be confused with Terminator 2: Judgment Day for the Sega Genesis.