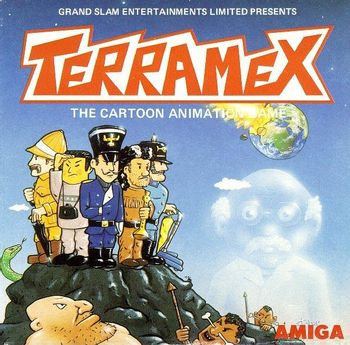 Our politically incorrect heroes.
Terramex, also known as Cosmic Relief: Prof. Renegade to the Rescue, is a video game created by Shaun Hollingworth and Peter Harrap and originally released in 1987. It involves the search for Professor Albert Eyestrain, who predicted that a meteor would strike the Earth. Others laughed at him and he retreated into his laboratory in the mountains. Now, however, the meteor is nearing the Earth and only Professor Eyestrain can stop it. The player must pick one of five adventurers and find the professor.