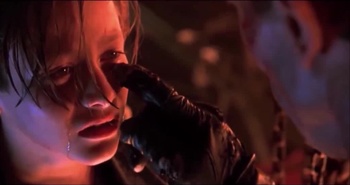 "I know now why you cry. But it is something I can never do."
Advertisement: