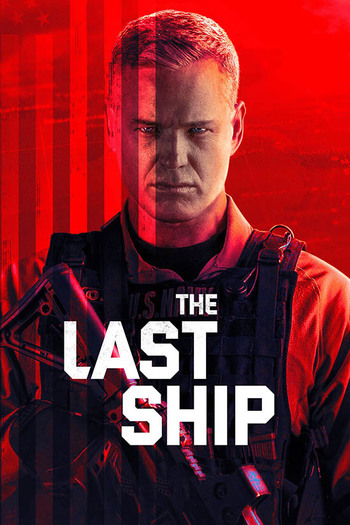 The virus isn't the only enemy
"We have no allies. We have no enemies. Just a world of sick, dying people."
—CDR Tom Chandler, USN
Advertisement:

The Last Ship is a series produced by Michael Bay that aired on TNT for five seasons from 2014 to 2018. Loosely based on the William Brinkley novel of the same name, it tells the story of a captain and his crew struggling to survive after a pandemic has infected 80% of the world's population and having to deal with a new world order that doesn't necessarily want their help.

The show was an immediate ratings success and quickly renewed, including a two season pick up after its third.

Has a recap page that needs some TLC.

Also, this series has some overarching plot lines that extend through several episodes and/or an entire season, so there will be unmarked spoilers on this page.