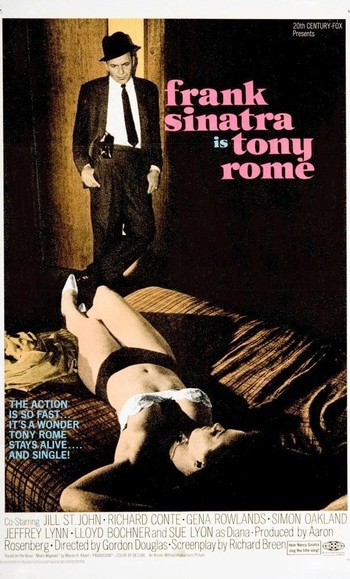 The story follows the adventures of Miami private investigator Tony Rome (Sinatra) in his quest to locate a missing diamond pin that belongs to a wealthy heiress, Diana (Lyon), the daughter of rich construction magnate Rudolph Kosterman, and her stepmother Rita (Rowlands), while also getting help from a seductive divorcee, Ann Archer (St. John).

A sequel, Lady in Cement, was released in 1968, again featuring Sinatra as Rome.