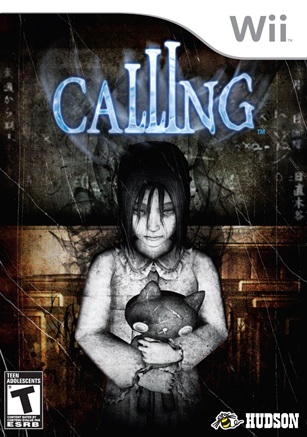 Rumors persist about the existence of a chat room called "The Black Page". Anyone who is curious enough to visit it is cursed to die. Calling centers around four such individuals who awaken to find themselves in another dimension called the "Mnemonic Abyss" which is populated with spirits. These individuals are:

A rather obscure game, Calling is a Survival Horror game for the Wii, released in late 2009 for Japan and early 2010 for the United States. While most major review sites gave Calling depressingly low scores, some fans have come to view this game as a hidden gem.

Not to be confused with the manga Calling, the band The Calling, one of the songs from The World Ends with You, or the Dragon Age tie-in novel The Calling.