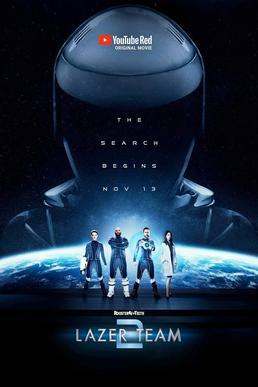 Lazer Team 2 is the sequel to Lazer Team by Rooster Teeth Productions. It is a sci-fi comedy which was released on 13 November 2015, starring Burnie Burns, Gavin Free, Colton Dunn and Michael Jones.

The original Lazer Team had disbanded and gone their separate ways, but Woody is trapped in the other side of a wormhole and the Lazer Team must bring him home.