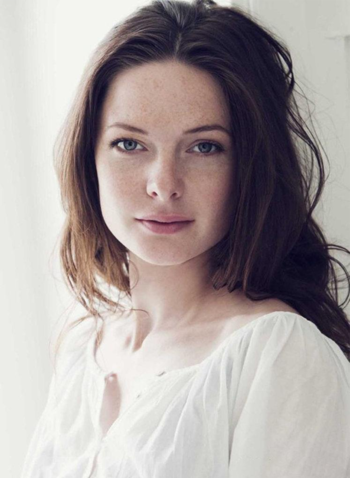 Her father is Swedish and her mother English, so she was raised bilingual. She has a son due to her past relationship with then-boyfriend Ludwig Hallberg. In 2018, she gave birth to a daughter with her new partner. She announced the pair had married in 2019, although only his first name (Rory) has been revealed yet.

Born to a British mother, she grew up and graduated from school in Stockholm. Her first acting experience at the age of 15 was her role in the Swedish TV series Nya tider, leading to a role in the American TV series Ocean Ave. After participating in the BBC series The White Queen, Ferguson soon gained international attention. Her most famous role to date is Ilsa Faust in the Mission: Impossible film series, making her debut in Mission: Impossible — Rogue Nation.

Not to be confused with the English singer of the same name.

Tropes associated with the creator's roles: