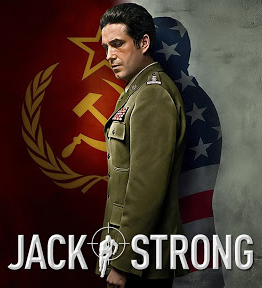 A Cold War spy Thriller, written and directed by Władysław Pasikowski and Based on a True Story of colonel Ryszard Kukliński, Code Name Jack Strong.
Advertisement:

The '80s have just arrived. Central Europe, though, remains gray and bleak. People eke out a living somehow, and it's still better than it was just after the World War II. And yet, underneath the surface, the Solidarity movement is brewing, arguing for the workers' rights, daring to disagree. This unnerves the government much, and plans to quell the workers are made.

Meanwhile, colonel Ryszard Kukliński is leading a double life: while pursuing a career in the army of the Polish People's Republic, he's also giving its secret plans over to CIA. And the double life is putting a considerable strain on himself and his unaware family. But how could he quit, now that he's found out something really sinister...