Webcomic / Think Before You Think 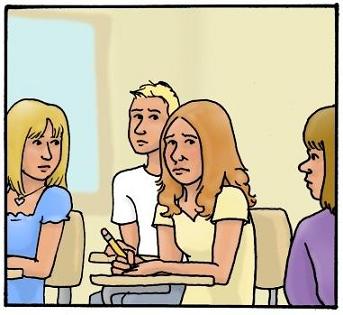 Think Before You Think

is a webcomic by Sylvia Odhner. The main character, Brian, has an unusual ability to read the minds of the people around him. The comic revolves around the awkward humor that comes from Brian's telepathy and other characters finding out about it, including a very self-conscious girl named Julia, who gets a crush on Brian. This is a light-toned storyline comic, although it is more focused on the interaction of its characters than having any structured plot.

Think Before You Think provides examples of: