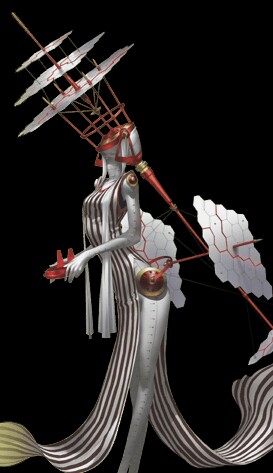 Few examples are this literal.
Advertisement:

A character with a sixth sense that they can use to detect other characters. Telepaths reach out to look for the minds of other characters. Others might detect lifeforces or auras, use a Tracking Spell, or perhaps a specific type of phlebotinum. A more realistic version might be a character with enhanced hearing or sense of smell who can track others down. Depending on the setting, it might be the special skill of a single character or a basic secondary power anyone can use.

Compare Aura Vision, Bizarre Alien Senses and Third Eye. For the technological counterpart, see Everything Sensor. May be related to Enemy Scan. See also The Force Is Strong with This One and Utility Party Member.

You Hear That, Everyone?

You Hear That, Everyone?