Fanfic / A Hollow in Equestria 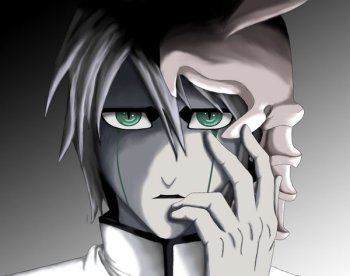 HiE - A Hollow in Equestria

is a Slice of Life My Little Pony: Friendship Is Magic Crossover fanfic with Bleach by the author Charlie K.

After his defeat at the hands of Ichigo's fully hollowfied form, Ulquiorra finds himself in the great void between life and death, drifting aimlessly with no sights, sounds, smells or sensations to distract him from his thoughts.

And then Discord pops in and offers him the chance at a new life. Having nothing better to do with his current state of existence, Ulquiorra accepts, and finds himself transported to the land of Equestria, his Vasto Lorde form fully restored, along with his base language understanding converted to whatever it is the natives speak.

HiE starts out as obligatory introducing of various aspects of the two series for those with little understanding of either one. However it differs by assuming readers know which character looks like what, and only gives a basic character description from the point of view of a character encountering something unfamiliar to them.

Once introductions and initial meetings are out of the way things quickly escalate, with one big moment after another happening each chapter.

Now with a trailer: https://www.youtube.com/watch?v=MIguvceYEiY