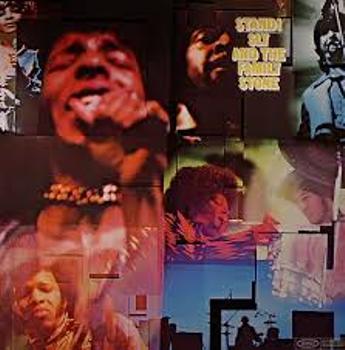 Feeling's getting stronger/ Music's getting longer too/ Music is flashin' me/ I want to take you hiiiiiigher!

Stand! is the fourth album by Sly and the Family Stone, released in 1969 and their breakthrough. It was one of the best-selling albums of the 1960s and included several landmark hits, among them "Sing A Simple Song", "I Want To Take You Higher", "Stand!" and "Everyday People".

The album was listed at nr. #121 in Rolling Stone's 500 Greatest Albums Of All Time. In 2006 Time Magazine included it in their list with 100 essential and timeless recordings. In 2014 "Stand!" was added to the National Recording Registry for being "culturally, historically and aesthetically important."

Tropes that want to take you higher: